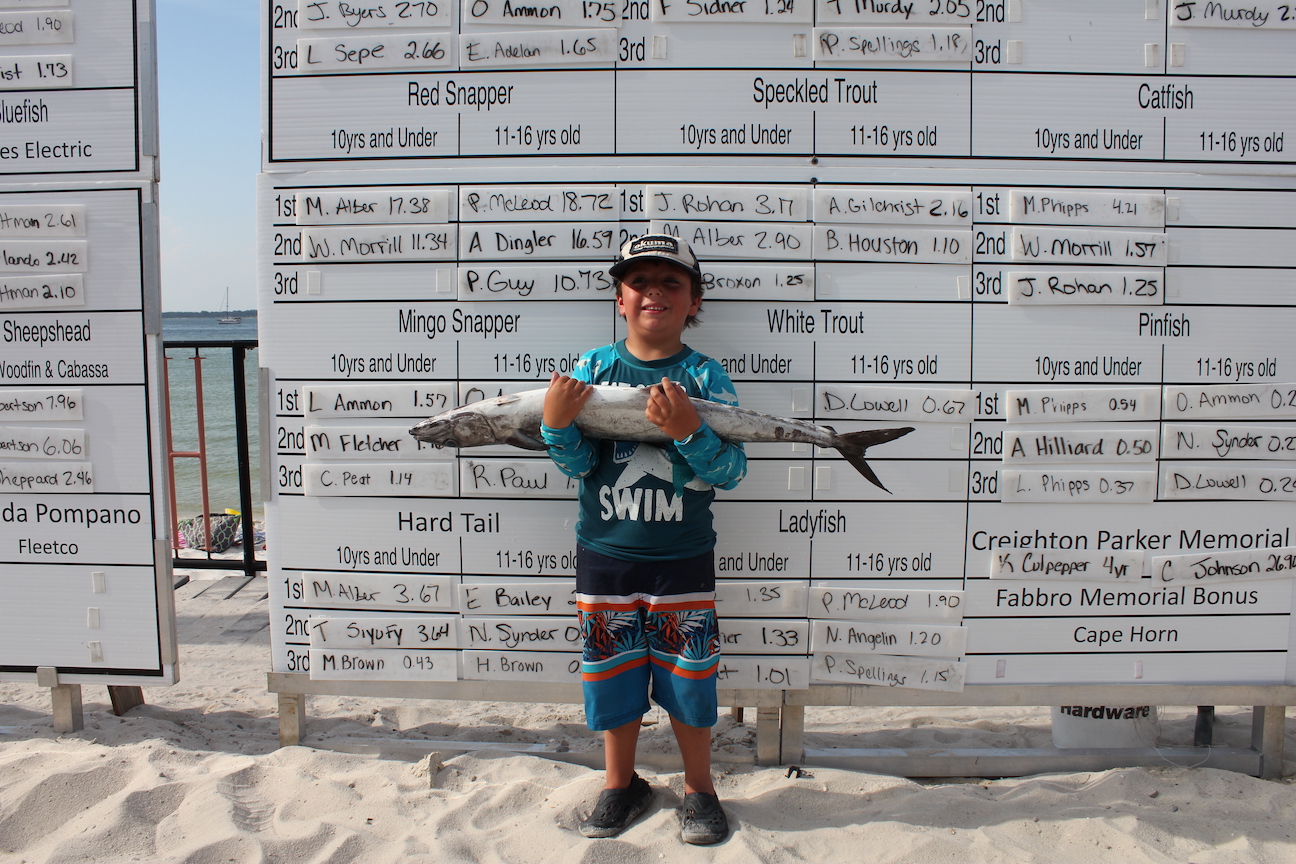 Inshore
The speckled trout and redfish reports have varied from one angler to another, but it doesn’t sound like it’s been all that great overall. If you’re just looking for some action you should be able to find some trout on the flats early in the morning, but keepers may be tough to find.
There’s been some Spanish mackerel schools in Pensacola Bay, but they’ve been just about impossible to catch. A few are being caught up and down the beach in the Gulf along with ladyfish, bluefish, and hardtails.

Offshore
With only three days to fish for red snapper in federal waters the Gulf will surely be busy over the next couple of days. The season opened on Thursday June 1 and will remain open until 11:59 p.m. on Saturday June 3. Red snapper will be open in Florida state waters until July 9.
King mackerel are being caught on a lot of artificial wrecks and around natural bottom. Typically, if you can find big schools of bait, then you will find the kings. There’s plenty of live bait around, but you can also do well with frozen cigar minnows and dusters.

Piers & Beaches
As usual this time of year king and Spanish mackerel will be your main catches on the Pensacola Beach Gulf Fishing Pier or Navarre Beach Fishing Pier. You can also catch some ladyfish and bluefish out there a lot of the time with a pompano jig or Gotcha Lure.
Fishing has been a bit slow on the inshore piers including the Pensacola Bay Fishing Bridge, Bob Sikes Bridge, and Fort Pickens Pier. You might be able to pick up an occasional redfish, flounder, or mangrove snapper, but don’t have high expectations.

Freshwater
You can expect to find your typical summertime fishing conditions on Escambia, Blackwater, and Yellow River. A few bass and bream can be caught early in the morning, but once it heats up fishing will get pretty tough.