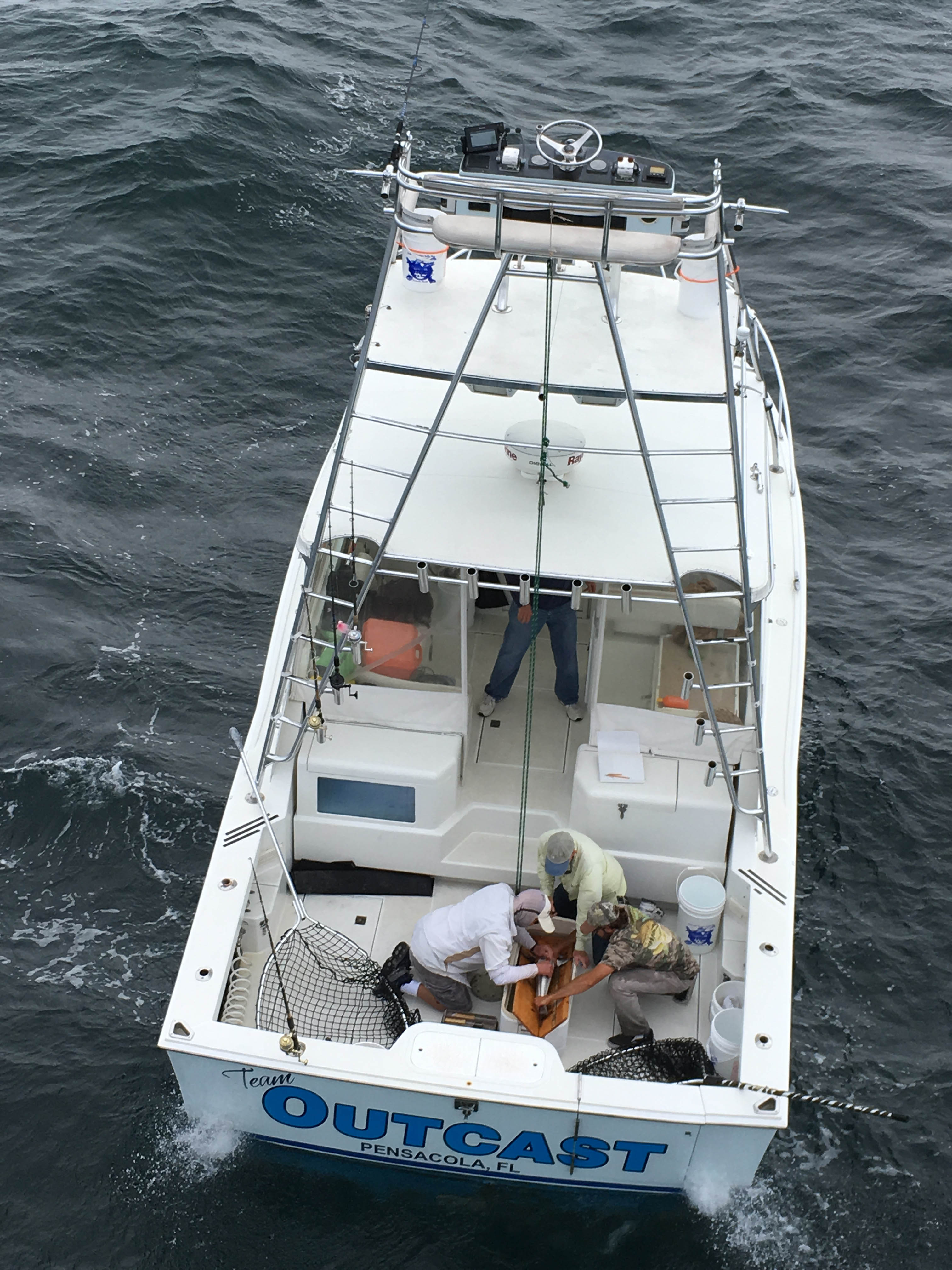 Inshore
Anglers are still having to deal with dirty water in Pensacola Bay and other nearby bodies of water, but hopefully the rain will stay away and it’ll clear up before long. Speckled trout and redfish reports have varied from one person to another, but it sounds like fishing has been decent considering the conditions.
Spanish mackerel fishing has been a bit hit or miss, but there around. It sounds like the best place lately has been the USS Massachusetts. You can catch them trolling, but more times than not you’ll do better freelining live shrimp or alewives.

Offshore
It looks like we’re going to have an absolutely beautiful weekend to get offshore and do some fishing. Red Snapper will be open Friday, Saturday, and Sunday along with gag grouper, scamp, and vermillion as other available species for harvest.
Numerous boats fished down around the Spur and a little further south last weekend during the Pensacola International Billfish Tournament and found quite a few wahoo, dolphin, and small yellowfin tunas.
King mackerel fishing hasn’t been great nearshore by any means, but there’s a few around of course. If they’re your targeted species you might want to try wrecks and natural bottom instead of open water and the buoys.

Piers & Beaches
Navarre Beach Fishing Pier reported that anglers have been coming across tarpon, Spanish mackerel, King mackerel and hardtails. Typically, you can expect about the same results on the Pensacola Beach Gulf Fishing Pier.
With the hot weather, you’ll probably find that the best time to fish on the Pensacola Bay Fishing Bridge and Bob Sikes Bridge is at night. Redfish, white trout, bluefish, mangrove snapper, and black drum are all possible catches.

Freshwater
According to a few reports it sounds like the bass and bream bite on the local river continues to be pretty slow due to the muddy water. Like I said last week if you’re looking for some freshwater action the fishing for catfish has been good.