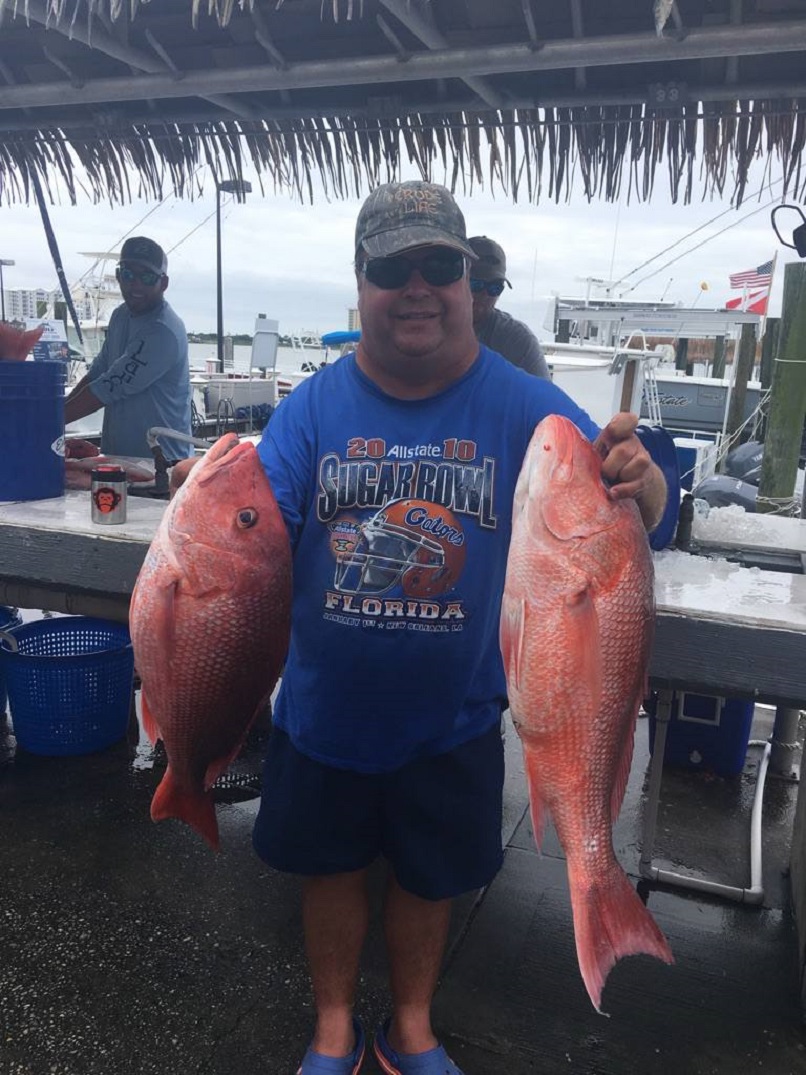 Inshore
Spanish mackerel continue to be a pretty easy find for those looking for action around Pensacola Pass and up and down the beaches out in the Gulf. A number of different techniques will work, but trolling with mackerel trees or speck rigs is an easy option.
Fishing for speckled trout and redfish has been really good considering all of the dirty water and the August heat. If you’re looking for specks you’ll want to hit the water early, while redfish can be caught throughout the day.

Offshore
According to the current forecast it looks like the seas are going to allow anglers to get offshore this weekend. You might want to take advantage of the open red snapper season considering there’s only four weekends left.
Vermillion snapper fishing has been steady so that gives everyone something to do after getting your red snapper in the box. Gag grouper fishing has been tough, but it’s always a good idea to put a big bait on the bottom and try to pick one up.
It hasn’t been anything crazy, but there’s a fair amount of king mackerel out around the buoys and many of the nearshore wrecks.
The water conditions aren’t ideal by any means, but the timing is right so you should still be able to find a few wahoo, dolphin, tuna, or billfish down around the Nipple and Spur.

Piers & Beaches
King mackerel, Spanish mackerel, and hardtails are being caught regularly on both the Pensacola Beach Gulf Fishing Pier and Navarre Beach Fishing Pier. There’s been some tarpon making their way through as well, so be sure to have a rod ready for them.

Freshwater
Reports from the local rivers and lakes have been few and far between. The abundance of rain we’ve had this year has kept most freshwater anglers off the water. If you want to give it a shot just get some crickets and worms and move around until you find some bream.