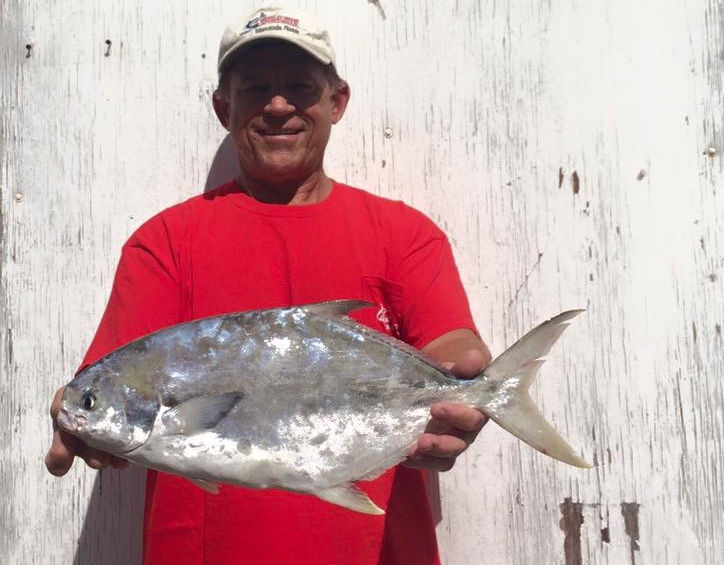 Inshore
It sounds like anglers are starting to find a few sheepshead around the local bridges and other structure. As usual you’ll want to fish for them using live shrimp or fiddler crabs along with small hooks and light fluorocarbon leader.
White trout continue to be a great option for anyone looking for action in Pensacola Bay. Just spend some time around the Pensacola Bay Bridge and you should have no trouble finding them.
The speckled trout reports have been pretty solid over the last week or two. Anglers been finding good numbers of fish in the canals off Gulf Breeze and nice sized fish in several of the local bayous.

Offshore
We’ve had some pretty nice weather this week and it definitely looks like this weekend is going to be fishable according to the current marine forecast.
If you’re looking to go after some bottom dwellers you’ll want to focus on amberjack and vermillion snapper considering red snapper, gag grouper, and triggerfish are all closed.
We’ve had so much rough weather over the past month very few people have had a chance to go, but this is a great time of year to go to the offshore rigs in search of wahoo and yellowfin tuna.

Piers & Beaches
A few pompano are being caught in the surf, but as you probably know the best is yet to come. February is often the month when the biggest pompano are caught, but more numbers of them show up once March and April roll around.
Pensacola Bay Fishing Bridge is a great spot right now for anyone looking to catch some fish from land. White trout and redfish have been the primary catches, but you never know what you’re going to catch out there.

Freshwater
The weather has been great for some bass and bream fishing, but it doesn’t sound like very many people have been fishing the local rivers since hunt we’re in the primetime of hunting season. If this warm winter weather sticks around we should see some great fishing before long.