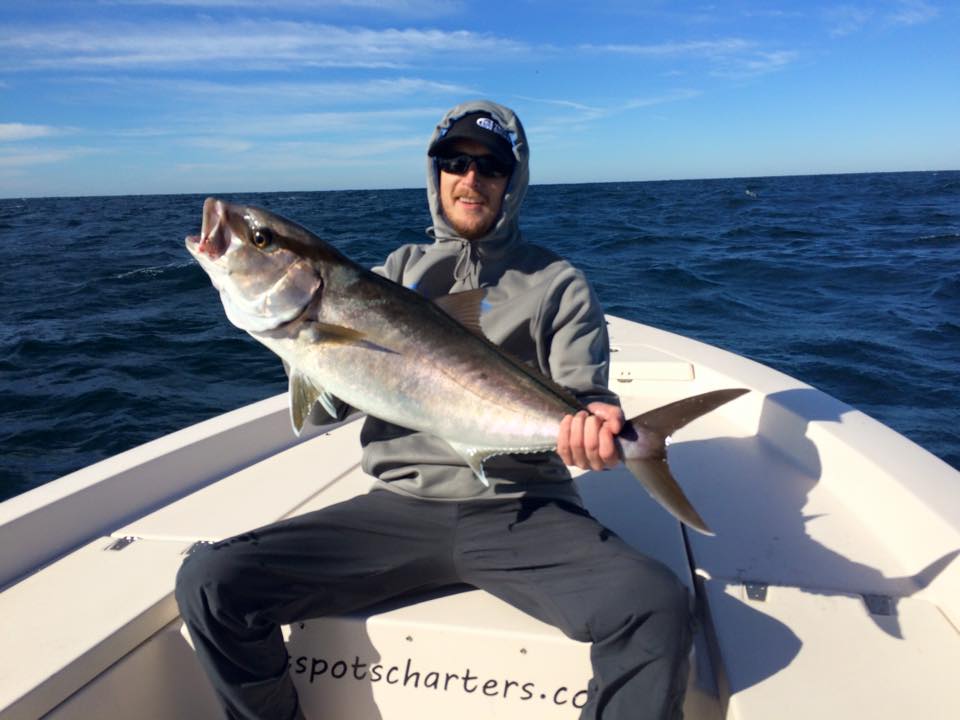 Inshore
Speckled trout fishing has been pretty good, which is surprising with the warm weather we’ve had lately. You’ll still want to look for them in the bayous, rivers, and canals using artificial lures, live shrimp, or finger mullet.
People fishing around the Pensacola Bay Bridge are catching white trout along with an occasional redfish. A bottom machine makes it much easier to find the white trout, but if you don’t have one just move along the bridge until you find them biting.
Don’t expect to go and catch a limit just yet, but anglers have been catching a few sheepshead around some of the bridges and other structure using live shrimp and fiddler crabs.
Offshore
The amberjack bite has been ridiculous, just about everyone who’s went looking for them has brought home a limit of nice sized ones. Live bait will really increase your odds of catching good ones, but you’ll also want to have some jigs onboard as well.
Quite a few boats got offshore last weekend and found a great yellowfin tuna bite between here and Louisiana. It’s always a good idea to get online and try to figure out where the Louisiana charter boats are catching them before heading offshore.
Piers & Beaches
Anglers are catching a decent number of pompano considering it’s only the beginning of February. If it stays fairly warm there’s a good chance we have an early run. As usual just find a good hole and fish with fresh peeled shrimp and sand fleas.
The Pensacola Bay Fishing Bridge is an excellent spot for land locked anglers this time of year. White trout will be your primary catch, but you never know when you’ll hook into a redfish or black drum.
Freshwater
It sounds like the largemouth bass fishing has been pretty good on the rivers and also in some of the local lakes and ponds. Unfortunately, according to the recent reports the striped and hybrid bass fishing hasn’t been very good, but it may be worth giving a try when the cold weather shows back up.