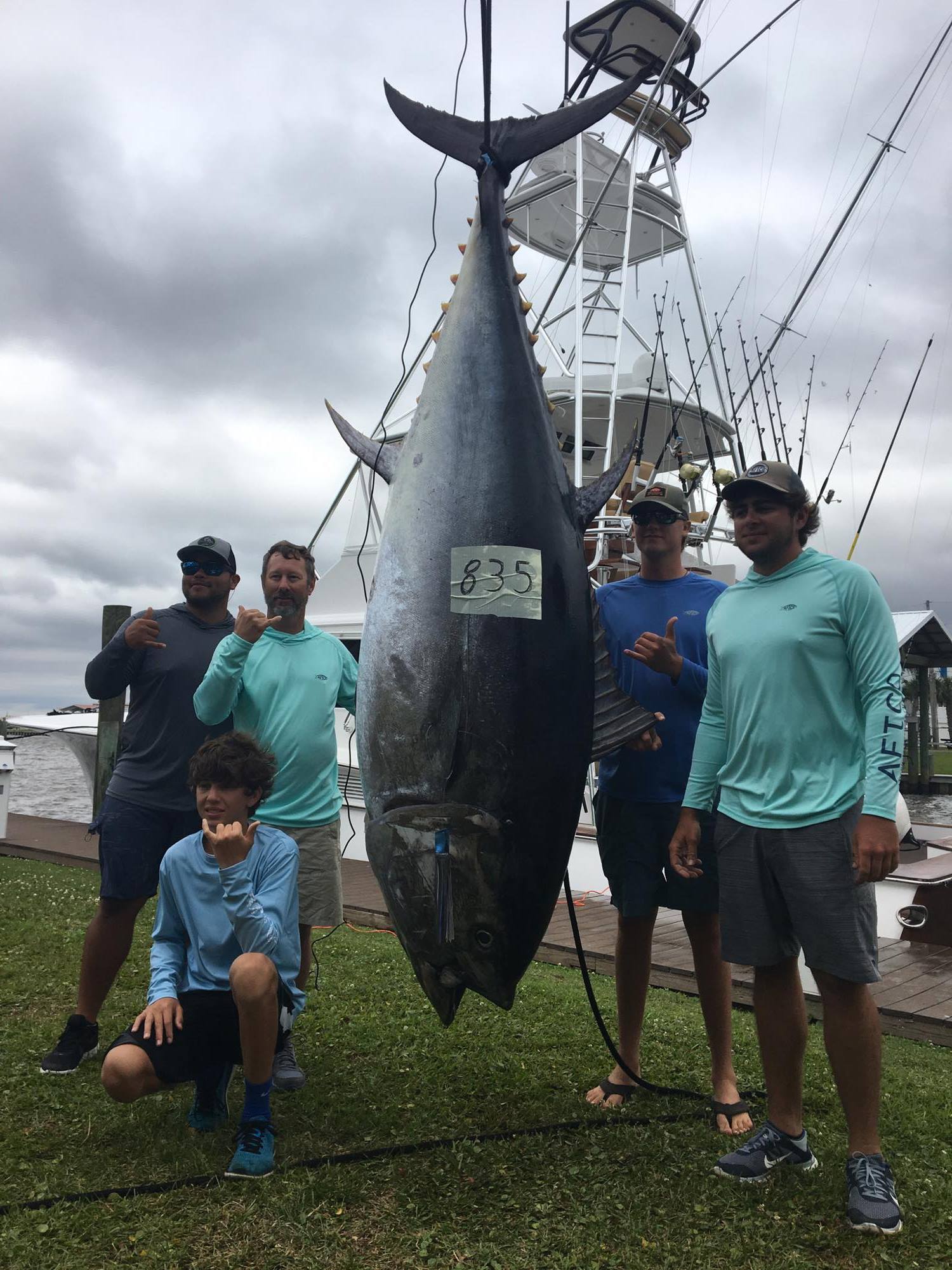 Inshore
Spanish mackerel have been a bit tougher to find this week, but hopefully once the wind stops blowing out of the north big numbers of them will show up. Your best bet right now is to look for them along the beaches out in the Gulf.
Quite a few people have done really well with the speckled trout recently. You’ll want to look for them on the flats and around structure like docks or rock piles in shallow water.
Flounder fishing has been steady, but not spectacular by any means. Most of the fish have been coming from Pensacola Pass and you’ll definitely need some good live fish baits to catch them.

Offshore
Most anglers were able to find plenty of red snapper during the open weekend of the Florida state waters season. It’ll be open again this Saturday and Sunday for anyone looking to get in on the action.
Unfortunately, gag grouper, amberjack, and triggerfish are all closed in state and federal waters so if you’re looking for other tasty bottom dwellers you can keep you’ll have to focus on vermillion snapper and scamp.
King mackerel have been few and far between around the buoys and USS Massachusetts, but you should be able to catch a few on natural bottom spots like the Paradise Hole.

Piers & Beaches
They won’t stick around much longer, but there’s a fair amount of pompano still being caught in the surf off both Pensacola and Johnson’s Beach. You can also walk down the beach casting a jig and likely hook into ladyfish, bluefish, and possibly Spanish mackerel.
Fishing has been hit or miss, but Spanish mackerel, king mackerel, cobia, bluefish, ladyfish, and hardtails are all possible catches on the Pensacola Beach Gulf Fishing Pier or Navarre Beach Fishing Pier.

Freshwater
Reports from the local lakes and rivers have varied from one angler to another, but it sounds like overall the bass and bream fishing was a little slower over the past week than what it’s been lately.