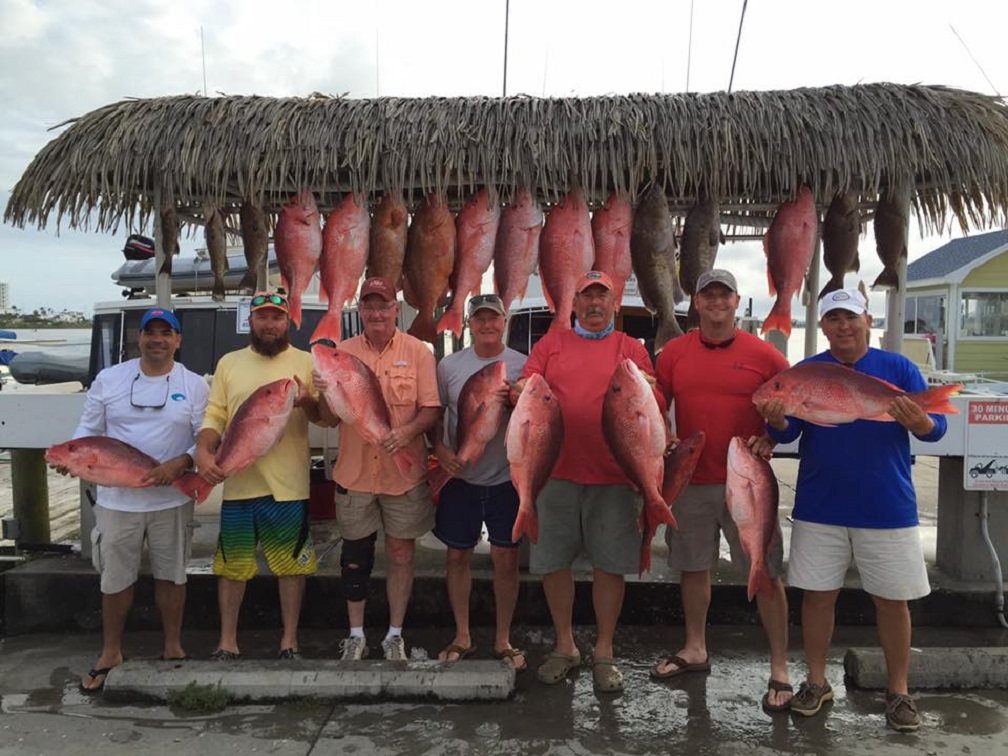 Inshore
The wind has dictated where you could or couldn’t fish for most of the past week, but the speckled, redfish, and flounder fishing has been decent. If you’re just looking for some steady action give the grass flats a try just after sunrise, there’s been a lot of small trout around.
Spanish mackerel fishing has been hit or miss, but as soon as we get some nice consistent weather they should be all over the beaches along with bluefish, ladyfish, and hardtails.

Offshore
The weather has made getting offshore a challenge lately, but it sounds like the fishing has been good for anyone who got out there. When red snapper opens May 27 in Florida state waters it will remain open until July 9, but remember that triggerfish and amberjack are closed for the remainder of the year.
Most boats fished a long way to the southwest around the deep-water rigs, but a lot of blue marlin and tuna were caught last weekend during the Orange Beach Billfish Classic.
King mackerel are being found on a lot of the artificial reefs and natural bottom, so if you’re going bottom fishing be sure to throw out a fly line.

Piers & Beaches
If you’re heading to the Pensacola Beach Gulf Fishing Pier or Navarre Beach Fishing Pier you’ll want to be prepared to fish for king and Spanish mackerel. Typically, you just need some cigar minnows, sabiki rig, and a Gotcha Lure.
People have been finding a mixed bag on both the Pensacola Bay Fishing Bridge and Bob Sikes Bridge. Redfish, flounder, speckled trout, black drum, bluefish, and mangrove snapper are all possible catches right now.

Freshwater
Anglers have been catching a decent amount of bass on the local rivers, but as you probably expect the majority of them have been on the small side. If bream is more your thing there should be plenty of them around, just get some worms and crickets and hit your favorite bank.