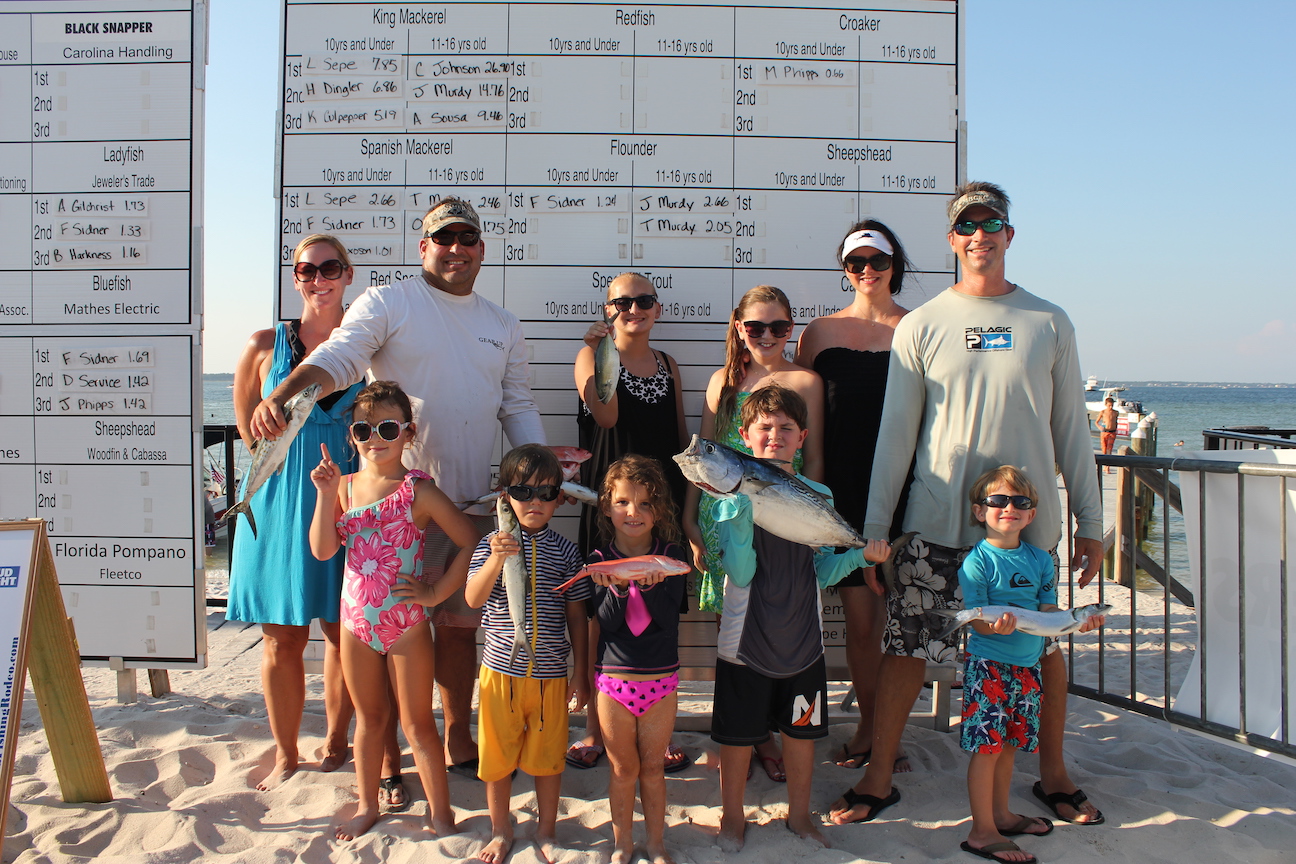 Inshore
Hopefully the heavy dose of rain won’t dirty up the water and slow down the bite considering fishing for speckled trout and redfish has been good lately. If you’re looking for big trout you’ll want to find some live croakers or finger mullet.
There’s been quite a few flounder around Pensacola Pass, but you’ll need some moving water and good live fish baits to catch them.
Spanish mackerel fishing has been great out around the USS Massachusetts and along the beaches in the Gulf. If you’re going to the USS Massachusetts try free lining for them using alewives or live shrimp.

Offshore
The seas have been ridiculous offshore over the last few days so no one has been out there since the beginning of the week, but the weekend forecast looks a little better.
Red snapper are open for harvest for recreational anglers in state and federal waters on Fridays, Saturdays, and Sundays right now. Gag grouper are wide open, but amberjack and triggerfish are currently closed.
Offshore trolling reports have varied from one angler to another, but summer has now officially arrived so a trip out to the Nipple or Spur in search of wahoo, dolphin, tuna, and billfish is never a bad idea.
It seems like every week there are more and more people giving it a try, but the swordfish bite has been solid both during the day and at night lately.

Piers & Beaches
If you’re looking for some action from land this weekend your best bet is probably to hit either the Pensacola Bay Fishing Bridge or Bob Sikes Bridge. Redfish, black drum, flounder, mangrove snapper, Spanish mackerel, and bluefish all continue to be likely catches on the bridges.

Freshwater
With the amount of rain we’ve had this week you can expect for the bass and bream fishing to be a bit slow on the local rivers for the next week or two. Although you should still be able to find some catfish with the muddy water.