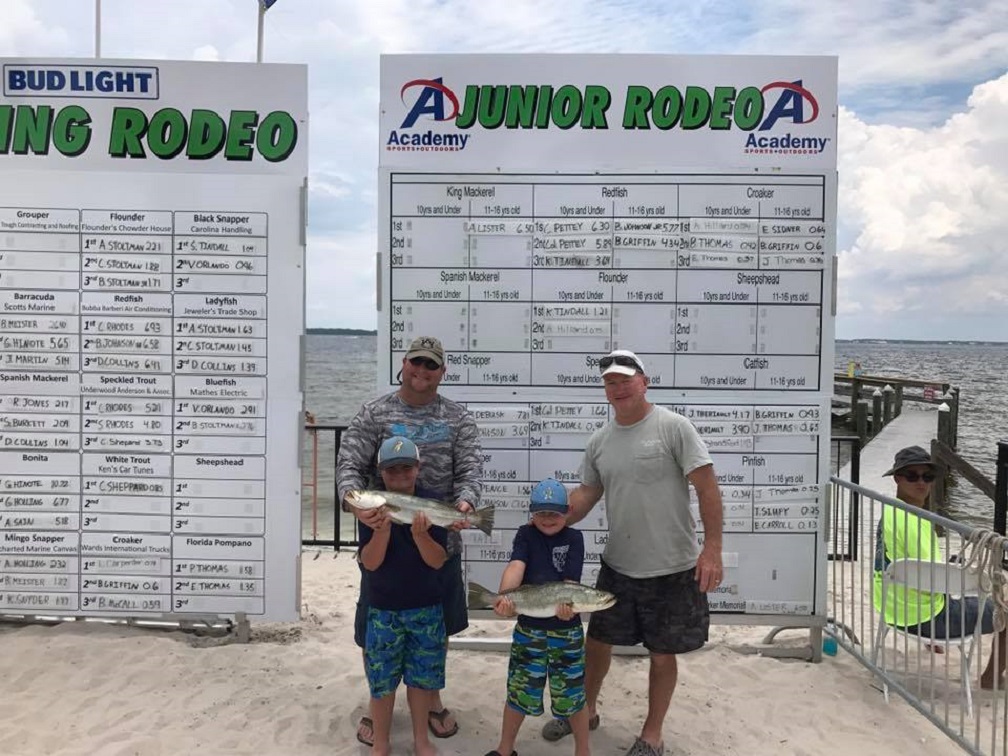 Inshore
The water in Pensacola Bay definitely isn’t as clear as most anglers would like for it to be, but overall fishing has been great. The speckled trout bite has been superb early in the mornings, although once the sun gets it and the heats sets in you can give it up.
Spanish mackerel are being found in Pensacola Bay and outside of Pensacola Pass down the beaches and around the buoys. As usual trolling is a great technique, but you can also setup and fish for them using live bait.

Offshore
Most anglers have had no trouble finding their red snapper on Fridays, Saturdays, and Sundays each week. Bait can be a big factor in your success this time of year, so be sure to have both some live and good dead bait before heading offshore.
Fishing for vermillion snapper, locally known as mingo’s, has been steady as well. They are typically smaller than the red snapper, but excellent to eat. They can be found on natural bottom and big artificial reefs.
Offshore trolling reports from people fishing down around the Nipple and Spur have varied from one person to another, but wahoo, dolphin, billfish, and tuna are always possible catches throughout the summer.

Piers & Beaches
It sounds like a decent number of tarpon are making their way by the Navarre Beach Fishing Pier and Pensacola Beach Gulf Fishing Pier in addition to some action from the king and Spanish mackerel.
Fishing on Bob Sikes Bridge and the Pensacola Bay Fishing Bridge has not been all that great, but if you want to give it a try I would go early in the morning with some type of live bait.

Freshwater
The consensus from a handful of reports is that the conditions on the local rivers are improving, but fishing continues to be pretty tough. If you’re looking to give it a try just pick up some crickets and worms and go fish early mornings or late afternoons.