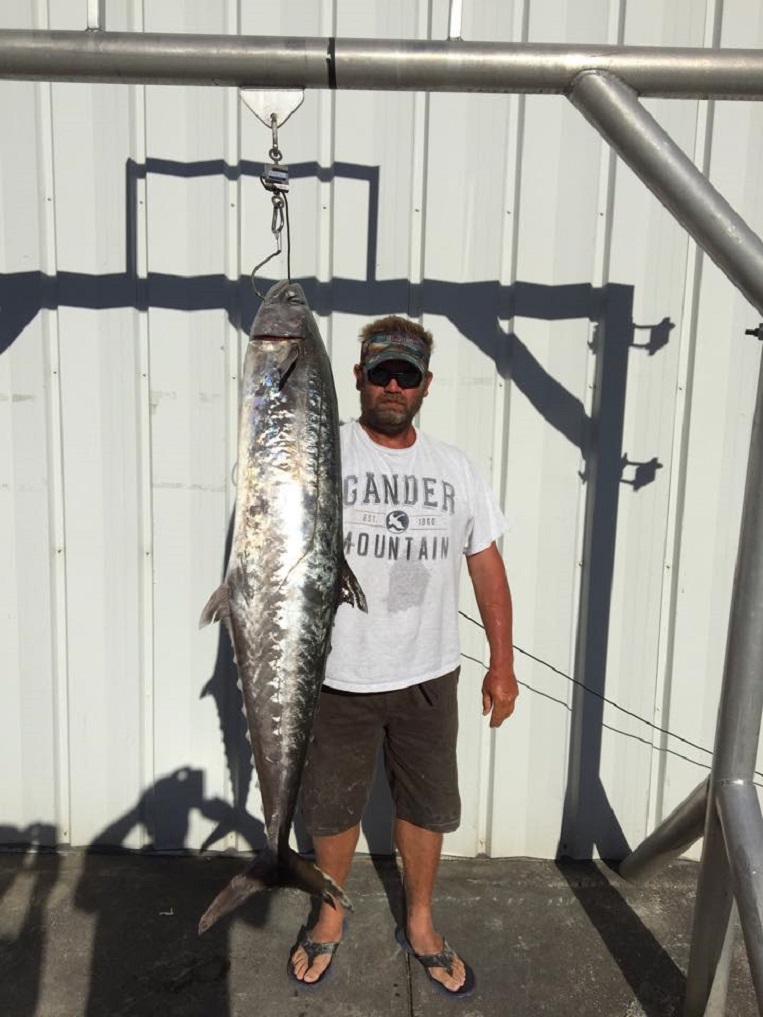 Inshore
It’s been pretty good all summer, but now we’re getting into the time of year where a lot of big Spanish mackerel show up in Pensacola Bay and out around the buoys or USS Massachusetts. You can still catch them trolling or throwing lures, but live alewives or shrimp will greatly increase your chances when fishing for the larger ones.
It sounds like most anglers have had no trouble finding keeper size speckled trout and redfish in Pensacola Bay and Santa Rosa Sound. Trout are being caught on the flats and around submerged structure like rock piles, while your best bet for redfish is residential docks or bridges.

Offshore
Vermillion snapper, gag grouper, and scamp are what most anglers who are going bottom fishing have been setting their sights on considering that red snapper, triggerfish, and amberjack are all closed right now. If you’re looking for the gags and scamp I would suggest starting at the Edge.
Reports have been few and far between and the water conditions aren’t likely what you want them to be down around the Nipple and Spur, but it’s getting to be the time when we typically start seeing an influx of white marlin show up.

Piers & Beaches
Fishing has been great on the Bob Sikes Bridge lately with Spanish mackerel being the primary target for most anglers. To catch them you’ll want to use either live alewives or shrimp and fish them freelined or under a cork.
Pensacola Beach Gulf Fishing Pier reported that over the past week anglers have been catching a decent amount of Spanish and king mackerel. If you’re heading out there just be sure to bring some cigar minnows, sabiki rigs, and Gotcha Lures.

Freshwater
According to a couple different reports it sounds like the bass and bream fishing still is pretty slow on the local rivers, including Escambia, Blackwater, and Yellow, but hopefully as soon as the weather starts dropping it’ll pickup.