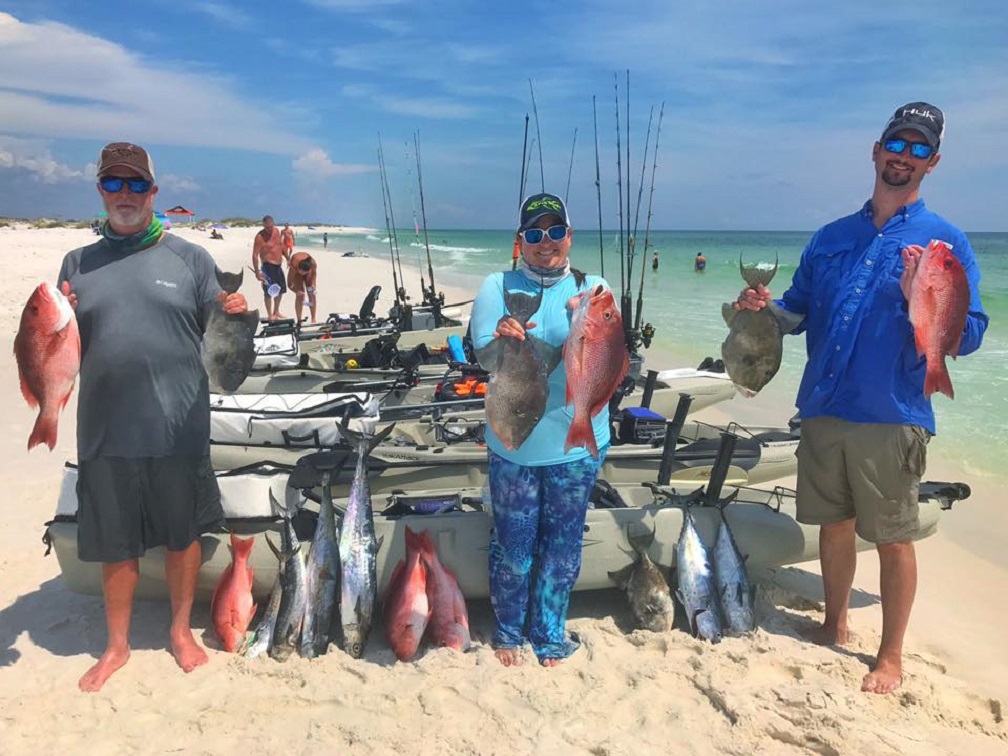 Inshore
It’s probably starting to sound redundant week after week, but anglers fishing Pensacola Bay, Santa Rosa Sound, and Big Lagoon are finding a solid bite of speckled trout and redfish. Fishing around structure like rock piles, docks, and bridges is probably your best bet.
There’s been a decent amount of Spanish and king mackerel to catch around the USS Massachusetts and the buoys out Pensacola Pass. For the kings, you’ll want to troll live bait or dusters with cigars minnows, while the Spanish can be caught using small jigs or spoons.
As for king mackerel in Pensacola Bay a few have been caught, but more the likely we won’t see it really get good until a cold front or two rolls through.

Offshore
Red snapper, triggerfish, and amberjack are closed, but if you’re itching to get offshore and do some bottom fishing the vermillion snapper and scamp bite has been solid along with an occasional gag grouper.
There’s been quite a few reports lately of white marlin, wahoo, and dolphin down around the Nipple and Spur. The word has been pretty good from people tuna fishing down around the deep-water rigs as well.

Piers & Beaches
We should start seeing a few pompano showing up along the beach anytime now to go with the whiting and redfish being caught out there. As usual, just use a combination of sand fleas and fresh shrimp on a two-drop rig.
It sounds like king mackerel, Spanish mackerel, and bluefish have been the word from those fishing on the Pensacola Beach Gulf Fishing Pier or Navarre Beach Fishing Pier.

Freshwater
Jim’s Fish Camp, located off Highway 90 near the Escambia River report that the bass and bream fishing has been decent and they really expect to have a good fall. He said most anglers have been using crickets and worms for the bream, while most bass fishing has been done with artificial lures.