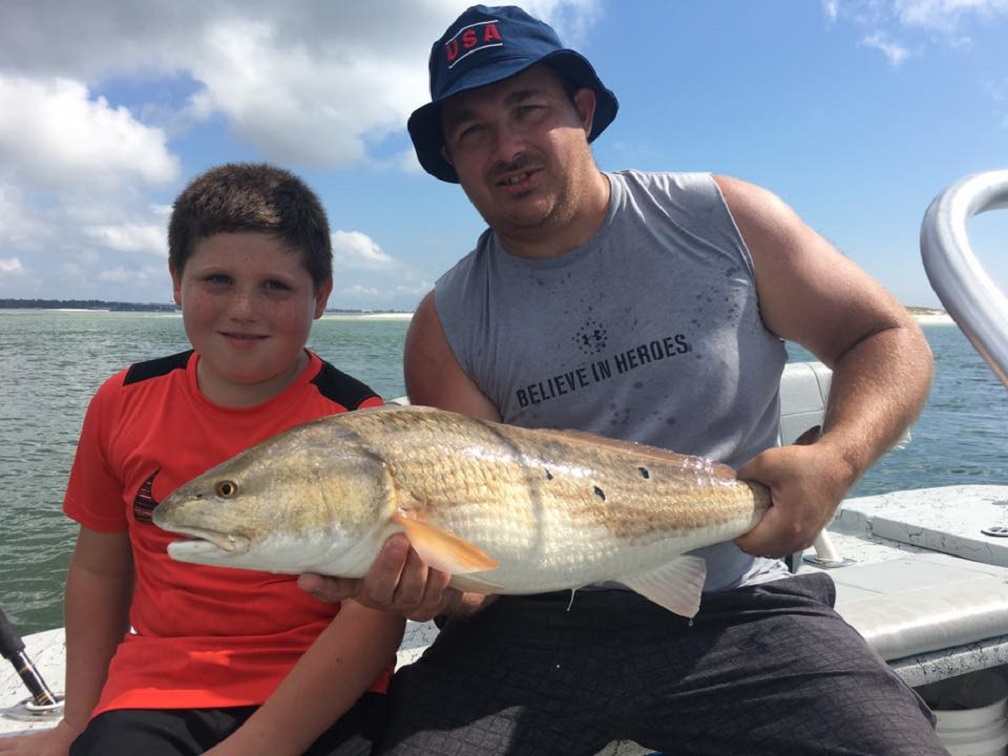 Inshore
Anglers have been catching some really nice size Spanish mackerel in a number of different places, but the USS Massachusetts that sits a short distance outside of Pensacola Pass is always a good spot to try this time of year.
Fishing around structure like bridges, rock piles, and deep docks has been producing a mixed bag of species including redfish, flounder, mangrove snapper, bluefish, and speckled trout.
A few king mackerel are being caught in Pensacola Bay, but like I’ve said the past couple weeks we really need a cold front or two for the bite to get good.

Offshore
It’s not going to be slick calm, but it looks like it’ll be fishable this weekend for anyone wanting to get out in the Gulf to take advantage of the good vermillion snapper bite and triggerfish season being open.
Now’s the prime time for a trip down to the Nipple, 131 Hole, or Elbow in search of white marlin. As usual you’ll just want to troll bally-hoo with Ilanders.

Piers & Beaches
A few pompano are being caught in the surf along with a decent amount of whiting, but we really need some cool weather to get the pompano run going. Finding sand fleas on the beach has been hit or miss, so be sure to take some fresh shrimp to get started.
Bob Sikes Bridge continues to be a hot spot for land locked anglers, especially since the road washed out and Fort Pickens Pier is not accessible. Spanish mackerel, mullet, redfish, mangrove snapper, and flounder are all being caught on the bridge.

Freshwater
After calling around for reports it doesn’t sound like much has been happening on the rivers since the storm blew through and brought in high water last weekend. The record rain fall this year has really made fishing a challenge on the local rivers.